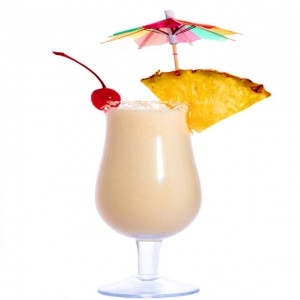 Our nations fascination with alcohol goes back many hundreds of years when potions brewed together created delicious concoctions which were to become known as cocktails. The mid-18th century saw London awash with spirits from an oversupply of grains, which are thought to be the start of the creation of the term. Some believe that the word cocktail is derived from a mixed breed of horse with a shorter than usual tail length. Whatever the circumstances the abundance of mothers’ ruin in the 18th century certainly led to the creation of these drinks.

Fast forward just over 250 years and cocktails are all the rage. Across the world fruity and colourful drinks are often the signature aspect of nightlife in a certain place. The fruity delights are the representation of summer time fun, easy to swallow cordials with a playful edge.

When it comes to barbecuing, a cocktail can be the perfect supplement to your food on a glowing summers evening. Here’s 3 great cocktails you can enjoy.

Is there a drink out there that is more enthused with summer time richness than the Pina Colada? The razzle dazzle of a Caribbean carnival atmosphere is evident from the first sip to the last. It’s the perfect drink to give you that holiday feeling wherever you are.

For a basic Pina Colada go with 50mls of rum combined with coconut milk and some pineapple juice, poured over half a glass of ice. Give it a shake in the mixer, pour out and serve immediately. Anyone who likes the artistry of their cocktails crush the ice and serve up with a slice of pineapple, and whilst you are at it, add all the trimmings.

Some say it was invented during the 1920s by a man from Tennessee called Old Man Bishop. Others believe it was a concoction created in the early 1970s by a cocktail barman entering a new type of potion into a competition. What’s for sure the Long Island Iced Tea is not for the faint hearted.

Named because of its similarity in colour to an Iced Tea, the drink comprises of several strong liquors and spirits topped off with coke and sour juice.  The Long Island part of the name is derived from the location where the man who claims to be the inventor, Robert Butt, first made the drink in 1972. The cocktail contains vodka, tequila, rum, gin and triple sec, topped off with sour mix, lemon and coke.

The explosion of cocktail cultures in bars and pubs across the UK has been phenomenal over the last five years and no mixture epitomises the boom like the Mojito. Perhaps it’s the Sex in the City effect but Ernest Hemingway’s favourite is leading the way.

The sweet and refreshing Mojito is popular with most cocktail drinkers. The minty garnishing makes it instantly recognisable. To get the concoction to its delightful best mix a shot of rum with two teaspoons of sugar, 120 ml of soda water, a lime wedge and several ice cubes. Perfect for summer.

Remember to be safe…

And there you go, just a few drinks to enjoy with your barbecue. Remember though, make sure you drink responsibly and anyone managing a barbecue should never drink alcohol when in charge of the barbecue itself.