The Big Sporting Events for 2018 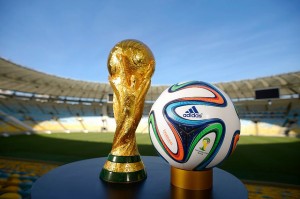 As the Winter Olympics come to an end 2018 promises to be a great year for the British sporting calendar. Once again, the Summer promises to be a sport fueled summer to remember and many of the pubs and venues we work with are already preparing a host of events.

How does your venue ensure that you benefit from the extra footfall during the busy sporting calendar? Themed events and drinks offers are always a great way to bring in those extra few punters. The great thing about a barbecue is that you can put on hearty snacks at a cost-effective price that are bound to draw in those extra few people. They’re not only handy during the sports events too, when the sun comes out they go down a treat in the beer garden. The smell of beef burgers cooking away can often be enough to tempt those extra few people through the door.

With so much sport on this year now is a great time to make the most of the big events.

From the 14th of June, this year the World Cup will kick off in Russia. Despite the controversy surrounding Russian sport over the last few years this year’s World Cup once again promises to be a feast of excitement. Can the Germans do what no country has done since Brazil in 1962 and retain the trophy? Will a resurgent Brazilian team rediscover their form at the right time following the dreadful capitulation on their home turf in 2014? And what chance do the Three Lions have of resurrecting some national pride this year?

Golf clubs get ready, this year’s Ryder Cup will be fueled with excitement. For the first time in over 20 years the tournament will be held in continental Europe at Le Golf National in Saint-Quentin-en-Yvelines. The buildup has started already as Thomas Bjorn’s European team take on the might of Jim Furyk’s U.S.A. The American’s are hot favourites to take the trophy home but will the score line mirror the demolition of 2016 or will the Europeans fair better this time. Who knows, maybe an upset could be on the cards?

As Easter ends and the days start getting longer the Commonwealth Games will send us sprinting head long into the summer time with a vast array of exciting sporting showdowns. This year Australia’s Gold Coast will play host to the 21st Commonwealth Games. Of course, the setting itself is perfect for barbecue lovers the world over but with the festival of sport serving as a backdrop what better time to celebrate with a few shrimp on the Barbie.

With Roger Federer and Serena Williams continuing to play such dominant roles in men’s and women’s tennis, this year promises to be one of the best years yet for the All England Lawn Tennis Club. With the final set to be played on the same date as the World Cup Final, the 15th of July will surely be prime time to fire up the barbecues this year.

There’s plenty more sport on this year with the cricket, cycling and formula 1 also taking centre-stage at various points. If you want to ensure that you make the most of the sport, then get the barbecue burning.