The Big Sporting Events of 2017 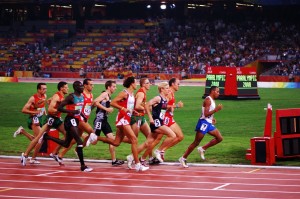 Whilst we might not be in an Olympic year or have a major football tournament on the horizon this summer there is still plenty to shout about in the sporting calendar. Pubs up and down the country will be getting ready for an influx of people for those prestigious sporting events as well as catering for those regulars that love to come in for a quick lunchtime pint whilst taking in the latest gossip on Sky Sports.

Sporting and cultural events throughout the summer are a great way to improve footfall and our customers often tell us that a well-run sporting event can help generate new custom for the rest of the year. Plenty of planning goes into making the most of the sporting calendar, from ensuring that the right drinks offers are on, ensuring the bar is fully stocked, making sure posters are advertising the event in the build-up and often making sure that the barbecue is fully loaded and ready to feed hungry punters.

So with plenty going on in the world of sport what events should you be looking out for this year?

International Football - England, Scotland, Wales and Northern Ireland all feature in a mix of World Cup Qualifiers and International Friendlies.

British Lions – Four years has come around quickly and on June 24th the British Lions tour kicks off with the first test against the All Blacks.

Wimbledon – From the 3rd til the 16th of July tennis fever will sweep across the nation. Can Andy Murray return to winning ways on home soil or will other big hitters be ready to take the crown?

Formula One – the 16th of July is a typically busy day for British sport as the Formula Grand Prix rolls into Silverstone for the weekend. Petrol heads will no doubt want to enjoy some burgers that weekend.

Athletics World Championships – No Summer would be complete without the excitement of track and field events. This year London hosts the World Championship Athletics. We’ll be looking forward to some of our favourite Athletes competing and hopefully some records broken.

Premier League Football – In August it all starts over again. The excitement will be reaching fever pitch just as the punters are reaching for their pints as teams try and topple Chelsea.

There’s plenty more sport on throughout the rest of the year too but if you want to make sure you get the most from the big events these are all worth planning for. We’d recommend you pile the burgers high to give your customers an experience they won’t forget. If you’d like to find out where to pick up a Cinders Slimfold Grill get in touch today.