Know Your Cuts of Beef 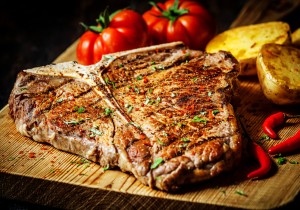 In our last blog we discussed how you can support the British Food Fortnight by shopping locally in your butchers, green grocers and markets. So we feel it’s only fair we let you know what cut you’re asking for, and where on our grazing friends it comes from!

We all know the common cuts of beef such as rump, fillet and sirloin - but do you know where on the beast they are located? It’s time to sound like a professional with this handy guide we’ve put together for you. Become best friends with your butcher!

Just reference the number to the above diagram and away you go!

Generally regarded as one of the tougher cuts of meat, the shin is typically sold as a stewing meat or in mince form. The shin can also be provided in bone cuts, but is only really suitable for a very slow cook to enable to meat to break down.

Another tough cut of beef, the clod is best cooked slowly to break the fibres in the meat down. Packed full of flavour and a cheap cut, with some fat offering flavour, this cut is great for stews and mincing.

As this area of the beast is heavily exercised, the neck offers a firm cut of beef which is muscular and full of flavour. Usually bought diced, the neck is the perfect cut for a slow cooked casserole, moist and flavoursome.

A less common cut of meat, the cheek is again best served slow cooked and moist to release the flavours and keep a moist consistency. Generally a cheap cut of meat, if cooked with patience can serve smiles all round!

The chuck or blade cut of meat is a more tender cut than the aforementioned. Often referred to as ‘braising steak’, this cut is great for casseroles, stews or...yes, you guessed it; braising.

Usually sold on the bone or rolled, this cut of meat is fantastic for roasting as it has a higher fat content through the flesh. Perfect for a good tasty Sunday roast.

One of the more famous cuts of beef, the sirloin is typically a more expensive cut offering a variety of uses and names. Steaks such as ‘T-bone’, ‘sirloin’ and ‘porterhouse’. This cut can also offer a ‘boned and rolled’ cut which is brilliant for roasting.

Another well-known cut of beef, the rump is generally a slightly cheaper cut than its neighbour the sirloin due to not being quite as tender. Can be used for roasts or cutting into steaks. Many consider the rump to contain more flavour than the sirloin.

A cut which is fast growing in popularity, the thick rib is generally cut into thin (sandwich) steaks or bought as another form of braising steaks. Can be overcooked and dry out which requires attention to cooking.

Usually sold as minced beef or boned and rolled. This cut can make a delicious chilli con carne or a pulled brisket.

Also known as ‘top rump’ or ‘knuckle’, these cuts are generally used as ‘flash fry’ steaks or sold as an alternative to braising steak. Another cut which if overcooked can become very dry, so a quick cook as a steak, or a long slow cook for a stew or casserole.

A very lean cut of beef, the topside and silverside are generally sold as a roasting joint which requires regular basting to avoid drying out. Can also be used for thin cut steaks or grilled for stir-fries.

Rich in connective tissue with a truly delicious marrow running through the bone, this fast becoming favourite cut is the slowest cook of all. Kept moist and on a low heat, when done has the potential to be the tastiest meal around.

We’re proud to know our cuts of meat, and we hope you will use this guide to source the right cut for your desired meal. Remember to shop locally where you can, and look out for who and where your meat has come from.

Now, who can tell us which cut is best for the barbecue!? Let us know!