Which Country Loves Barbecues the Most? 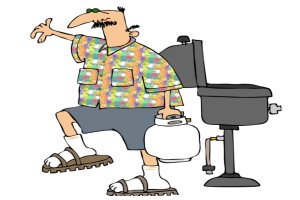 The barbecue holds a special place in most cultures and throughout history mankind has used this most simple form of cooking to create many a wonderful dish.

Whilst cultural delicacies may change from region to region the fundamentals of a good quality barbecue stay the same. However, these days barbecues mean different things to different people. What we want to know is, who do they mean the most to?

Australians are famed for their attitude towards barbecues on the beach. Throughout the year barbecues are common place as part of a get together, but Australia Day in particular is cause for great celebrations. Anyone looking to recreate their own Australia themed barbecue will probably want to consider shrimp and lamb to maintain authenticity along with a nice cold lager.

In the last decade the UK high street has seen a real influx of Brazilian themed meat restaurants, or as they say in Brazil; Churrascaria. Traditionally the Churrasco style of barbecue features meat cooked over a flame grill using a rotisserie. The most important aspect of the Churrasco barbecue is the sheer variety of meats, from spicy sausages, pork ribs, and lamb to steaks, and chicken wings.

Did you know that barbecue sauce is actually said to come from the US? The US is the world's biggest barbecue market and according to CNN 80million Americans barbecued last year, the most popular time being on Labor Day. If you are considering a traditional American style barbecue then it's got to be barbecued chicken drum sticks or smoked Texan brisket.

The German way of cooking is perhaps different to those other countries we’ve already looked at. The barbecue of choice for the Germans is the Schwenker, a grill suspended over a fire. However, due to the safety conscious regulations of the country, where outdoor cooking is restricted, many often use electricity and gas to cook. You won’t find beef feasts like in many other countries, instead think bratwurst, pork schnitzel and grilled vegetables.

The South African’s are perhaps the biggest lovers of the barbecue anywhere in the world. In South Africa the barbecue is referred to as a Braai and really is a social occasion with everyone gathering round the fire as the food is cooked. You won’t find plain burgers and hotdogs at a Braai either because here variety is the dish of the day and you’ll find a wide range of meats fuelled with different flavours and spices.

In the Far East the barbecue is just as popular as anywhere else in the world, and during the heights of a warm summer cracking open a cold beer with a barbecue is as common in Beijing as it is in Sydney or Texas. The Chinese tend to prefer barbecues with smaller cuts of different meat and vegetables than the large American briskets. Most meats tend to be cooked over a grill on skewers and typically choices include grilled lamb and chicken. Don’t forget a nice Szechuan sauce to go with it.

Have you eaten barbecue elsewhere in the world? We’d love to hear your experiences, why not tweet us now?

Thank you for reading this Cinders BBQ blog post, visit our blog page to read more industry news today or contact us for more information.